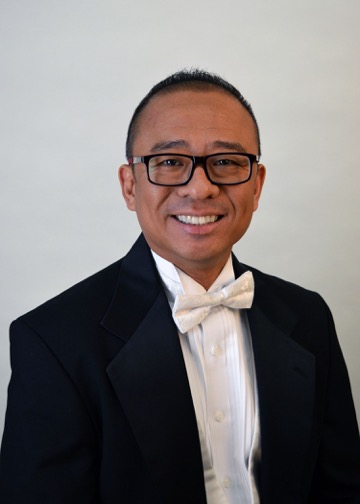 Dr. Mark Liu began teaching in 2002 as a member of the Indian Prairie School District music staff. During his tenure in the district, the Indian Prairie Educational Foundation has numerously recognized him as a Most Influential Educator. Additionally, he has been recognized as an Outstanding Educator by Boston College (2009), Illinois Institute of Technology (2007), Western Illinois University (2008), and MIT (2017). Dr. Liu received the Music Inspiration Award from Chicago Youth Symphony Orchestra (2018) and the Distinguished Secondary Teacher Award from Northwestern University (2018). Dr. Liu received a Bachelor of Arts in Music Education from Wheaton College (2001), Master of Music with orchestral conducting emphasis from Northwestern University (2006), Master of Arts in educational leadership from Aurora University (2008), and Doctor of Musical Arts in music education from Boston University (2016), with quantitative research that focused on the impact of psychological needs fulfillment and music motivation. Dr. Liu was the Wheaton College-Conservatory of Music Concerto Competition winner, and he performed the Elgar Cello Concerto with the conservatory’s symphony orchestra in 2001. His conducting mentors include Dan Sommerville (Wheaton College), Victor Yampolsky (Northwestern University), Donald Schleicher (University of Illinois), and Ho Chung Yeh (former assistant conductor of the Chicago Symphony Orchestra). Before his current position as the orchestra director at Metea Valley High School, Dr. Liu has served as the symphony orchestra director at Chicago Merit School of Music, Maine East High School, and Waubonsie Valley High School. He is also currently the music director of Youth Symphony of DuPage, which has collaborated with noted artists such as Mr. Robert Chen (Concertmaster of the Chicago Symphony Orchestra) and world-renowned violin soloist, Rachel Barton Pine. He has presented at ILMEA state conferences on string pedagogy and rehearsal methods and served frequently as honors festival clinician and conductor. He is a member of NAfME (National Association for Music Education), ASTA (American String Teachers Association), and the Conductors Guild. He has served as the ILMEA (Illinois Music Educators Association) District IX Orchestra Chair and is currently serving as the ILMEA All-State Orchestra chairperson. He was recently elected to be the ILMEA Orchestra Division President, starting in 2019. 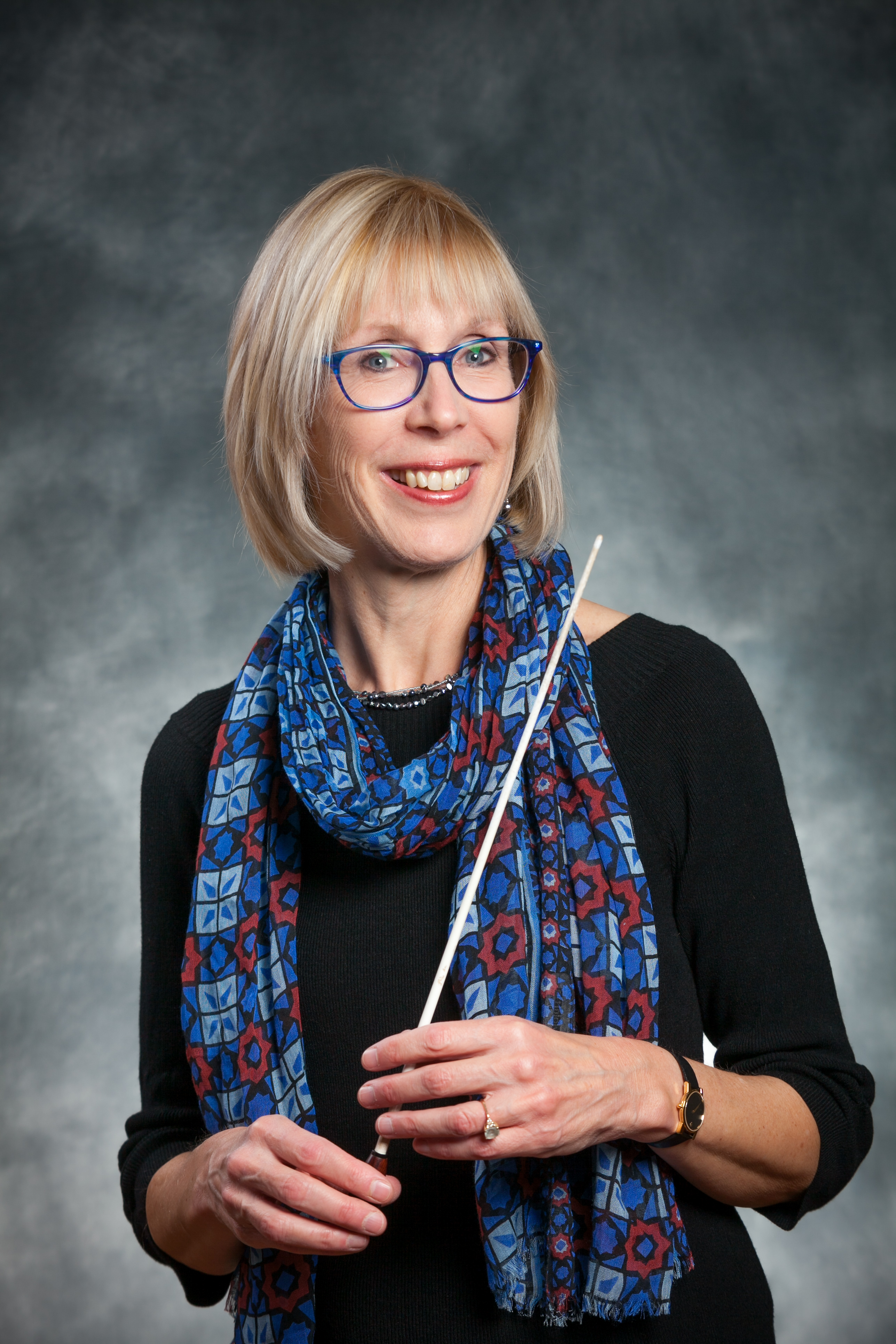 Carrie Provost earned a Bachelor’s Degree in Music Education from the University of Illinois, and a Master’s Degree in Music Education from Northern Illinois University. Mrs. Provost is a retired member of the string faculty in Wheaton-Warrenville School District 200, teaching at Franklin Middle School for thirty years. She served as the co-director of the Naperville Youth Symphony Orchestra from its inception, growing the program to 150 musicians over three years. Mrs. Provost occasionally teaches summer graduate classes in String Pedagogy at VanderCook College of Music in Chicago. Mrs. Provost was a finalist for the Golden Apple Excellence in Teaching Award in 1999, was awarded the Illinois ASTA School Teacher of the year in 2010, and was named a Chicagoland Outstanding Music Educator from Quinlan & Fabish Music Company in 2016. Mrs. Provost is a frequent adjudicator at contests, as well as a guest conductor for orchestra festivals, and is a violinist in the DuPage Symphony Orchestra. She is a certified yoga teacher and teaches yoga classes at the Wheaton Sport Center. She is married to Bob, a retired orchestra teacher, and they have three daughters and three grandchildren. They share a passion for active travel and have so far been bicycled in nine countries. 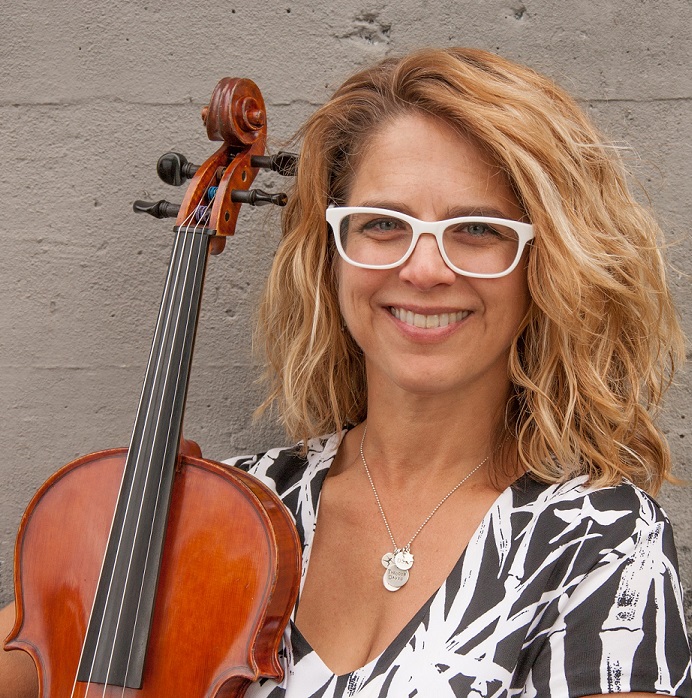 Ms. Daryl Silberman is a professional violinist/violist and an orchestra director at Waubonsie Valley High School in Aurora, IL, District 204. “Ms. S” studied viola at the University of Colorado at Boulder, San Francisco Conservatory of Music, and the University of Southern California. She has been a private studio teacher, high school orchestra director, youth orchestra director, and freelance violist and violinist in Salem, Oregon, Los Angeles, and the San Francisco Bay Area performing with regional orchestras, rock bands, and movie studio orchestras, chamber groups, and baroque ensembles. Currently, Daryl collaborates with husband Danny Seidenberg in their baroque violin duo DuettoDS2 and is the violinist of the Krizalido Piano Trio whose mission is to “create healing and community through the presence of music and collaboration”. She has served as a guest conductor and clinician for middle and high school orchestras all around the country and has presented at many national and state educator conferences. She was named as one of “50 Directors Who Make a Difference” in 2011 by School Band and Orchestra magazine. In her free time, she is an avid yogi and proud mom of two college students. www.daryls.com.

Juliana (Jiwon) Kim has been with YSDP attending as a chamber ensemble coach since 2019. She has been a private studio teacher throughout Naperville and the surrounding suburban areas.  She was a church music director for five years in Des Plaines, Illinois.  She studied the Viola at a graduate school with Rami Solomonov at DePaul University(Chicago) and earned a Bachelor’s degree when she studied with Mr. Sydney Curtis at Temple University (Philadelphia) and Atar Arad at Indiana University(Bloomington). She studied at the Arts High school in Seoul, South Korea. She debuted as a soloist with New Seoul Philharmonic Orchestras when she was a sophomore in a college and also performed as a soloist with numerous orchestras in Korea, and performed in Philadelphia, Haddonfield, N.J., WI, Elmhurst, Chicago, as a solo Violist, a chamber musician, and a freelance Violist. She is a mom of two children and lives in Naperville.